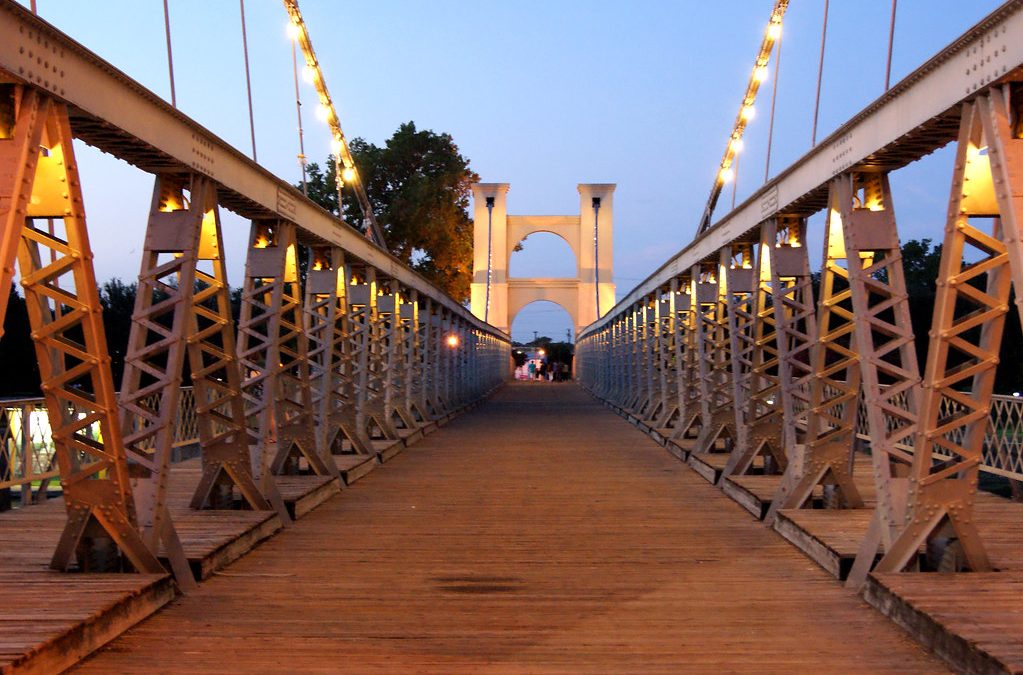 The TravelHost brand has been helping both travelers and local communities since 1967. Tourists can discover new and unique places that add value to their vacations while the communities benefit from the increased exposure. Each market in the U.S. is independently owned and operated by a TravelHost Owner.

Mike Story is the current Owner of TravelHost in the greater Waco and Central Texas area. Before he was an Owner, Mike got his start working for TravelHost Headquarters located in Dallas. His publishing background enabled him to work closely to help the various TravelHost Owners across the country run their magazine and market their business.

After a few years—and seeing the huge success other TravelHost Owners were having with their businesses—Mike decided to become the official Owner of his hometown in Waco, Texas. At that time, he was driving 1 hour and 30-minute each way to his desk job at TravelHost Headquarters in Dallas.

Waco, Texas, can be described as a medium market. A college town, and home to Baylor University, it was a perfect fit for TravelHost. It had a strong civic leadership and several dedicated tourism and travel organizations such as the Convention and Visitor Bureau and Chamber of Commerce.

When Mike realized that the Waco market had not been grabbed up, he saw it as a prime opportunity to become an Owner. He resigned from his job at TravelHost Headquarters and started to work from home as the new TravelHost Owner in Waco—thereby saving himself a 3-hour drive to and from work every day.

Before he joined TravelHost, Mike took a publishing job straight out of high school. Over the next few years, he worked with newsprint productions, publications, daily newspapers, and magazines. His experience in the publishing industry gave him a unique advantage to succeed as a TravelHost Owner.

While working at TravelHost Headquarters, he helped them create a publishing game plan that has proven to be a successful formula for other TravelHost Owners. The THO Headquarters has a road map for new publishers to follow, step by step. Mike and several other experienced Owners also make themselves available to new Owners at any time.

While having a publishing or advertising background is helpful, it’s not a requirement for success. When Mike was a publisher consultant for TravelHost Headquarters, he worked with many new Owners who didn’t have that experience. In fact, he still lends his personal time to help and advise both current and new TravelHost Owners.

What initially attracted Mike to becoming a TravelHost Owner was that the sky is the limit when it comes to income potential. Unlike many corporate jobs, you don’t have a set salary. What you make is entirely dependent upon how hard you work. You decide how great your magazine is going to be in terms of size, look, and financial rewards. Owners have the freedom and flexibility to work as much—or as little—as they want.

Mike’s choice was to put in more work and make a bigger income.

You get out of TravelHost what you put into it. Mike loves the Waco community and wants to see it grow. He started off by visiting the Waco Convention and Visitor Bureau, Chamber of Commerce, the local hotel association, Waco City Hall, and introduced himself and the TravelHost Brand.

TravelHost has been around since 1967, and this offered Mike a unique advantage— coming on board the already established and proven TravelHost brand—which is a lot easier than starting from scratch and trying to create a new travel magazine.

Mike feels that a part of the reason for his success is that the TravelHost brand is well-known and trusted—and it opened many new doors for him versus trying to start a new one. He feels that he’s looked at as a huge asset by the other players in the Waco community—the city itself, the Convention and Visitors Bureau, as well as the various Chambers.

In addition to being his own boss and increasing his income, Mike’s other motivation was his love for the Waco community. Not only was he able to work in his own hometown, but he was also able to help it grow in the right way.

Travelers who read the TravelHost magazine are introduced to new and unique restaurants, hotels, and other local places of note that help add immense value to their vacation. Businesses and the entire Waco community as a whole benefit from the increased exposure and foot traffic that TravelHost sends them.

The TravelHost family is comprised of all of the Owners across the U.S. The unique aspect is that because there is no competition between markets, everyone works as a family and helps each other out.

Because of that, there’s no animosity between Owners—as you might expect from any other business. This is something that you don’t really see in many companies. Everyone is working for the common good of the TravelHost brand—a true family in that sense.

The individual TravelHost Owners have complete control over their market. Headquarters, while extremely helpful, are only there for support—if and when the Owner needs it. They’re not intrusive, and Owners have complete freedom to set their own rates, design their own magazines, name their number of pages, perform their own billing and collecting.

Life as a TravelHost Owner

Mike is enjoying his life as a TravelHost Owner. He has the financial freedom and flexibility that you can’t get from a 9-5 job. Best of all, he’s helping grow the Waco community, and his business is backed by the trusted and well-known TravelHost brand.

VP Sales and Marketing at TravelHost
I have spent my entire career in the multi-media industry with experience in broadcast/cable TV, Radio, Print and Digital. Developing and executing a marketing strategy is my passion, but not my only passion as evidenced by my Instagram page. I love cooking and fueling my body for endurance sports through a plant-based diet. When I am not working on multi-media marketing, swimming, biking, running and cooking I can be found sharing laughs with my wife and step-son.